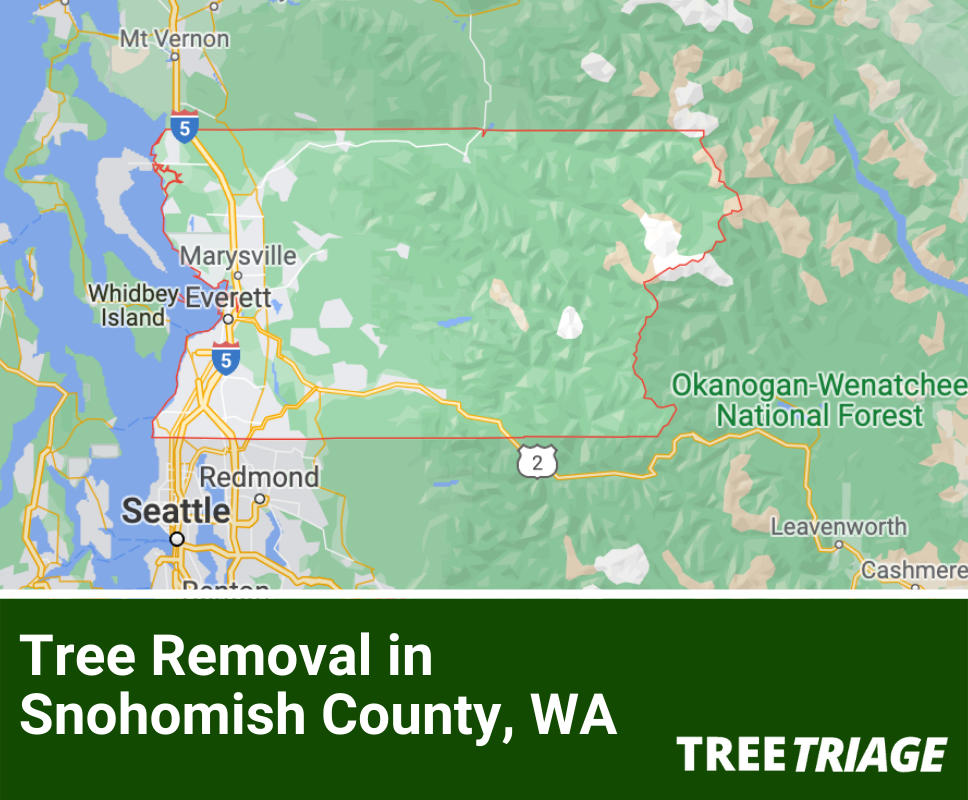 Tell us about your project in the form and we'll get you connected with specialists in or continue reading to learn what you should consider when removing a tree in Panama City Beach.

What Are the Most Common Tree Issues in Panama City Beach?

Located off the Gulf of Mexico in Bay County, Florida, Panama City is a resort town and vacation destination with unique sugar-white sandy beaches. While beaches are the major attraction in Panama City Beach, it is the only place you can find mangroves in the United States.

Though the city is home to different species of trees, including oaks, pikes, and cypress, they have slowly died. Out of the many factors contributing to the high tree mortality, here are some of the most common issues affecting trees in Panama City Beach, Florida.

Though trees can survive a hurricane, they often don’t stay healthy for long after. Because of all the twisting, bending, and swaying during the storm, trees die slowly in a span of six months to two years after a storm.

We can’t do much to prevent natural elements. However, through the Arbor Day Foundation, in partnership with the Florida Forest Services, you could help reclaim the lost tree cover by planting more trees around the State of Florida.

Bark Beetles are tiny insects that thrive in dead or dying pine trees. They feed on inner bark layers of trees, consuming cambium and phloem, essential for the growth of new cells and the flow of nutrients. A tree infested with bark beetles will feature pitch tubes on its bark. Pitch tubes will be pretty easy to spot, although, at this point, there is nothing you can do to save the tree.

After the storm, Panama City Beach saw a massive influx of bark beetles. The infestation is mainly due to the damaged or stressed trees left behind, which give off a chemical odor that bark beetles can detect. The beetles then release a specific chemical, attracting more beetles.

Preventive insecticides are impractical in most scenarios because of the tree’s dwindling health. We advise you to remove the tree before it becomes a safety hazard or infects the surrounding trees.

Though we are still fighting to increase the lost tree cover in Panama City Beach, humans have been a significant issue affecting trees. Were you wondering why the pine tree you planted did not fare so well in your urban landscape? Excessive irrigation, fertilizers, weed killers, and all other lawn chemicals weakened the soil.

Human development has seen the destruction of a lot of trees both directly and indirectly. Constructions cut or pave over tree roots, disrupting water and nutrients’ movement to the tree’s trunk. The tree becomes stressed, making it open for infestations and diseases that contribute to its death.

Does the City of Panama City Beach Provide Any Assistance in Tree Removal Problems?

Since Hurricane Michael, the local government has become stricter on tree removal permits. Now you’ll need to have substantial reasons to get permission for removing a tree. The City has an urban tree canopy coverage ranging between 45.6% and 56.6% and is looking to increase its coverage.

If the tree poses a hazard to the safety and health of residents or other surrounding trees, the City will process your permit quickly.

Who Is Responsible For Fallen Tree Removal in Panama City Beach?

After a major storm like Hurricane Michael, fallen tree removal in Panama City Beach is conducted by federal emergency officials and volunteer individuals or companies. In the true spirit of unity, we are all responsible for removing fallen trees under such conditions to help return the City to its glory.

Otherwise, the responsibility for a fallen tree is usually left to the property owner where the tree fell. In that respect, there are three categories of owners:

Through the Property Owner Bill of Rights, a homeowner does not require a permit to remove a fallen tree. Instead, they can obtain documentation from our arborists showing the tree presents a danger for people, and property is required.

The bill also states that a local government should not ask the homeowner to replant the fallen tree. Either way, we highly recommend that they should replant the tree for the sake of the environment.

As a tenant in Panama City Beach, the landlord’s responsibility is to remove fallen trees from the property unless stated otherwise in the rental agreement. The tenant should inform the landlord of the issue so that they can send professional help.

However, a tenant will pay for the damages incurred if the tree falling resulted from them damaging the tree.

Landlords are required to remove any fallen or diseased trees as soon as it’s reasonably possible but not later than three months. If it was a protected tree, the landlord must replace the tree based on an inch for inch basis and acquire a permit before removing the fallen protected tree.

No regulations are restricting the spread of trees over property lines in Panama City Beach. Such matters are usually addressed between the affected neighbors. When a dead tree falls on an adjoining property and damages that property owner’s home, the landowner who owns the property where the tree initially was located is responsible for the damages. (1 Fla. Jur 2d Adjoining Landowners section 8 [2014].

As of this writing, there is no case law on point discussing the duty owed by landowners to remove dead or hazardous trees to prevent damage to neighboring landowners. It will be up to future courts to decide this point.

How Does the Soil Affect Trees in Panama City Beach?

The wetlands and marshes have the Rutledge, Allanton, Pickney soil types which are moderately rapidly permeable and poorly drained. Having these qualities means that the water table is near or at the surface for four to six months, causing frequent floods and ponds that offer the right conditions for mangrove trees to flourish.

In the uplands or flat woods, the soil is of the Hurricane, Chipley, Albany type or the Pittsburgh, Leon, Rutledge variety. The former is usually found in flat or general sloping areas and consists of poorly drained sandy soils. The latter is poorly drained soil with some organic stained layers.

Weather is among the most significant factors which affect tree mortality in Panama City. The impact of the latest Hurricane Michael has not been fully calculated after it devoured most of the trees in Panama City Beach. Even the surviving trees are left with a weakened immune system which leaves them open to attacks from pests and disease.

Wildfires are also common during the dry season and burn acres of trees down to the ground. Lightning strikes are also common factors affecting tree health in Panama City Beach, striking down trees or exposing the tree’s inner bark to pests and diseases.

What if Dead Trees Are Near Power Lines in Panama City Beach?

Panama City Beach residents are advised not to go near dead or fallen trees next to power lines since they pose a safety risk to property and the residents themselves. To prevent power outages or electrical injuries, residents should immediately notify their power service provider.

How Much Does Tree Removal Usually Cost in Panama City Beach?

On average, the cost of tree removal in Panama City should be between $600 to over $2,000, with most residents paying an average of $900. This cost is notably lower than the national average.

However, this price can be influenced by a couple of factors. Here are the three major ones.

The Time and Danger Factors

Danger accelerates costs for obvious reasons. Skill and courage should be rewarded more, especially when risking life and limb. For this reason, more dangerous removal jobs will cost more.

Danger slows down the operation as well, at least for safety-conscious tree services such as ours. A higher risk situation translates into a higher probability of a Workers’ Compensation claim, which drives up costs for us and impairs valuable workers.

The threat to customers’ homes is the most common reason we are asked to trim or remove trees. For that very reason, it takes extra time and care to remove those branches or trees safely. This is a case when one should not automatically balk at a higher price. In addition to safeguarding structures, tree work takes longer around fences, sidewalks, and sprinkler systems.

Access to the working site is yet another factor that significantly influences the pricing.  Access can be limited by fences, narrow spaces between houses, septic tanks, delicate landscaping, low or otherwise soft ground, and other quirks of a given property.

If the site is remote or secluded, it makes it difficult to bring in tools and equipment. Consequently, it will take more effort and time for our workers to deliver and do their work. All this has to be factored in the final invoice.

Whereas if we can simply bring our wood chippers right up to the trees and load the logs on trucks with our tractors, much time is saved for us, and we can restore your property sooner. Less effort, in turn, translates to lower charges.

5 really tall trees to be cut into firewood or mulched.

I have 10 trees that I would like to remove.

A tree dropped from behind house.